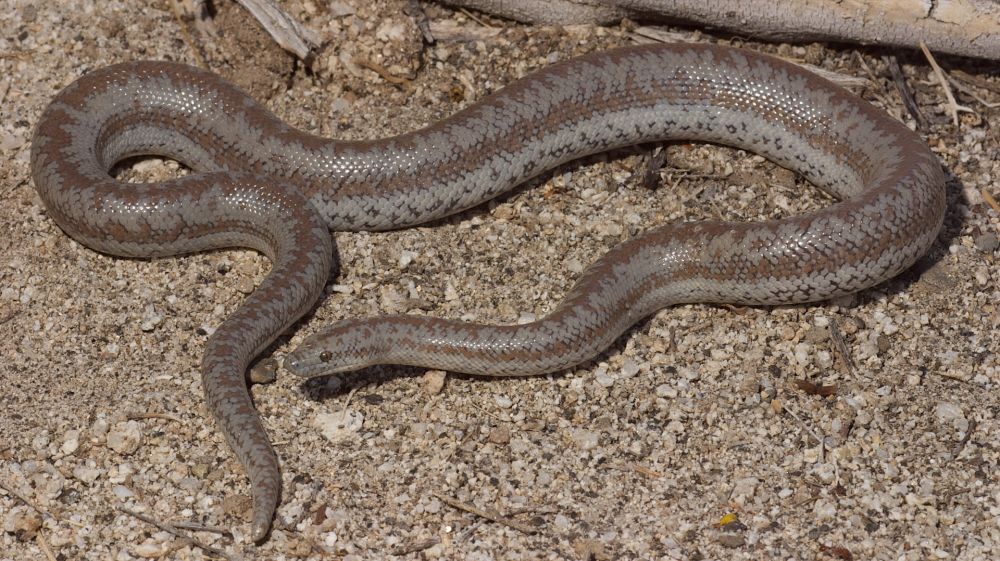 The Rosy Boa is found across the southwestern United States and northeastern Mexico. Within the Atlas region, this species occurs across Riverside County, eastern Orange County, northeastern Imperial County, and most of San Diego County in the United States. In Baja California, the Rosy Boa is found throughout the peninsula, except for higher elevations, the Lower Colorado Desert, and the Vizcaíno peninsula. This species is also found on Islas Cedros and Santa Margarita in the Pacific Ocean and Islas Ángel de La Guarda, Carmen, Cerralvo, Espíritu Santo, Mejía, San Marcos, and Tiburón in the Gulf of California. Its reported presence on Isla Natividad needs confirmation. Here, we have not yet applied the recommended taxonomic split between the Rosy Boa and Northern Three-lined Boa (Lichanura orcutti), but will soon update this account. 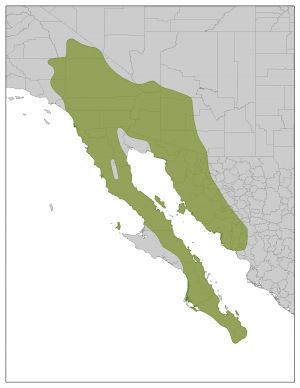