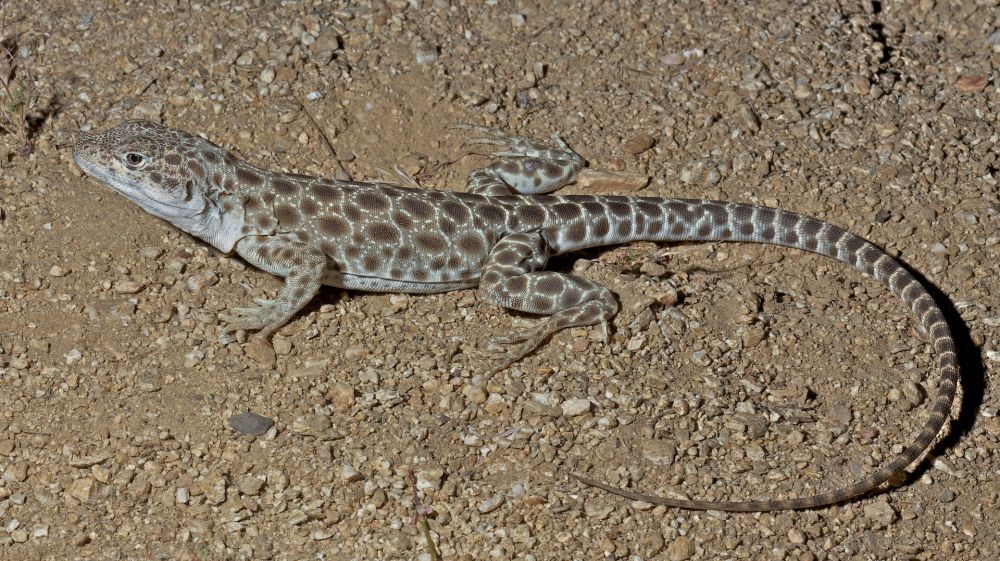 The Long-nosed Leopard Lizard is broadly distributed across western North America from central Idaho and eastern Oregon south to northern Mexico. In the Atlas region, this species is primarily confined to the desert provinces of southern California and northeastern Baja California. Its southernmost distribution in Baja California is Arroyo Matomí, just north of Puertocitos in the Municipality of Ensenada. Isolated populations of the Long-nosed Leopard Lizard appear on the coastal side of the Peninsular Ranges in Riverside and San Diego counties. 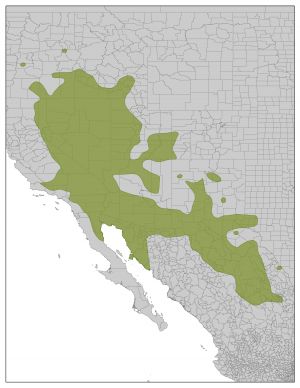