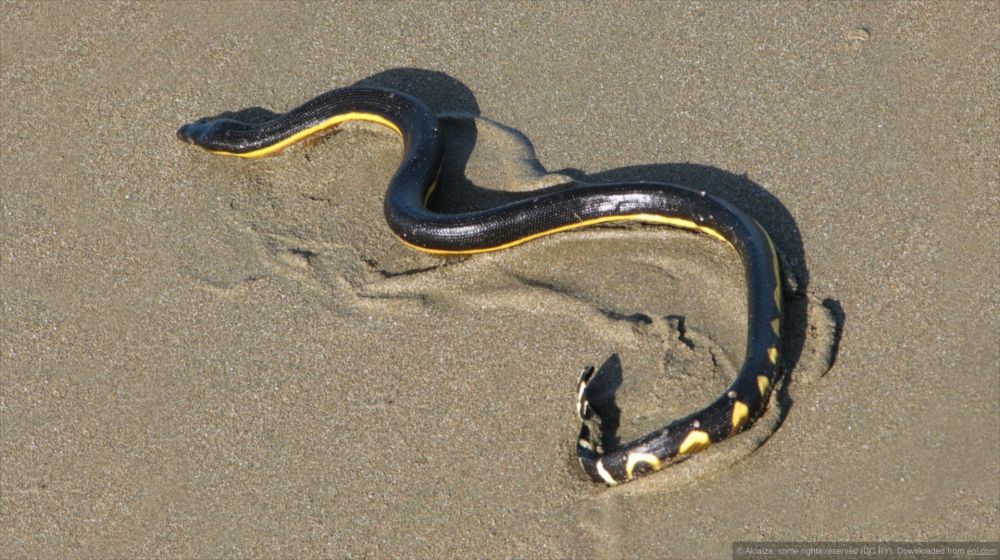 The Yellow-bellied Sea Snake occurs across both the Indian and Pacific Oceans. Within the Atlas region, this species occurs in the coastal waters of southern California and extends southward along the Baja California peninsula and throughout the Gulf of California. Observations in California waters are rare and occur only during El Niño years when the water is warm. During the 2015-2016 El Niño, the species was reported as far north as Ventura County, with additional sitings in Orange and San Diego Counties. 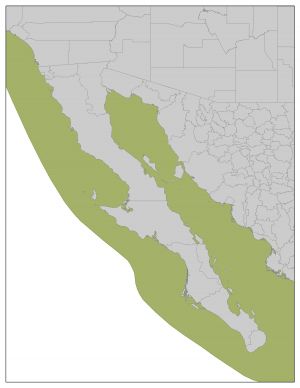