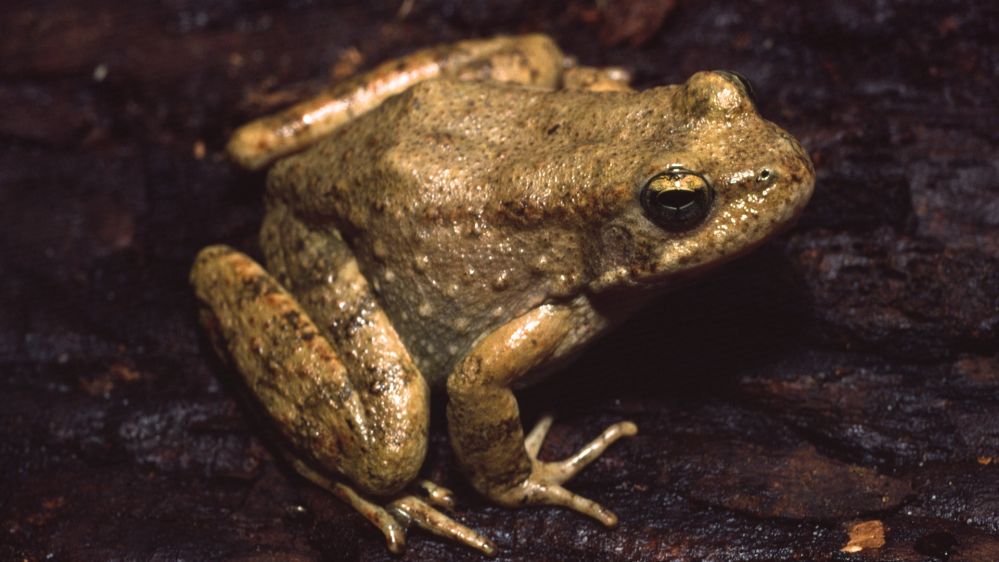 The Foothill Yellow-legged Frog occurs from Oregon to southern California. Within the Atlas region, an isolated population from the Sierra San Pedro Mártir in Baja California has been reported from two specimens, both of which became lost. Efforts to relocate this population have so far been unsuccessful. Due to rugged terrain of the Sierra San Pedro Mártir more survey efforts are needed before this population should be declared extirpated. 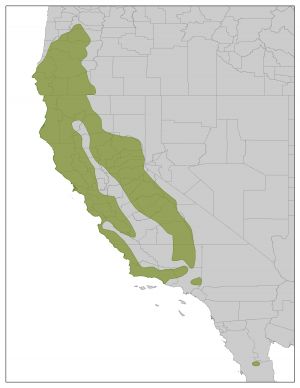